When you are developing an IoT application, developing a good software architecture for your project can make it or break it. As you probably know, IoT development is more than just coding. The embedded programmer strives to not just fulfill the project requirements but must think of the scalability and how the system will evolve over future iterations or updates.

Here are some things you should know about building applications that require a bit of this and a bit of that.

Since Zerynth pioneers the development of Python for IoT applications, let’s look at 3 best practices in developing a secure and scalable IoT Solution. 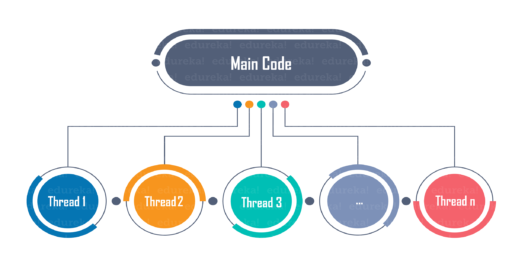 Let’s say you are developing an IoT application that measures data from an industrial sensor and sends the data to a cloud service.

You have two approaches, To execute each operation sequentially just like in a super loop, or you can use two threads to execute the same application functionality.

It is advisable, in this case, to use a multi-threaded design as follows:

This approach ensures that

On the other hand, If you use a superloop approach, each of these two operations would block the other if there is an error.

In general, Designing firmware that is robust and reliable in typical harsh working conditions of an IoT device is not an easy task. Data loss must be reduced to a minimum in case of possible power loss or absence of connectivity.

Zerynth provides a dedicated module for logging data in a non-volatile way and ensures corruption resistance.

Let’s face it, you will have errors and bugs in your code no matter what level of experience you have. Our approach is to try to eliminate the syntax and logic errors during development and to catch Runtime errors before they escalate into a full system reset.

Say you want to code a helper function that divides one number by another. In the case of dividing by zero, returning None seems natural because the result is undefined.

This is a common mistake in Python code when None has a special meaning. This is why returning None from a function is prone to return an error.

The better way to reduce these errors is to never return any at all. Instead, raise an exception to the caller and make them deal with it.

This is an important coding standard you should follow, as it enables you to bullet-proof your code from any bugs like these while allowing you to catch these errors gracefully.

assert is a useful function to find bugs in code during runtime. assert tests that invariants, preconditions, or postconditions are met at runtime. Basically, assert is used to make sure that a program is always in a valid state. It finds the bug, that caused the program to get into an invalid state, as early as possible.

As Tyler Hoffman brilliantly discusses in his article, Asserts should be used because:

In Zerynth, Asserts raise a critical error flag and restarts the system.

Watch Dogs are very handy as a last resort if the MCU gets stuck in an irrecoverable state.

It ensures that the software is running as expected and, if not, it will initiate a Hardware reset.

Generally speaking, a watchdog timer is based on a counter that counts down from some initial value to zero. The embedded software selects the counter’s initial value and, If the counter ever reaches zero before the software, restarts it.

While the topic of code abstraction and modularity is beyond the scope of this article, I would like to discuss one topic, which was addressed brilliantly, by Brian Amos in his book: Hands on RTOS with micro-controllers.

In this case, we’ve got a piece of code “algorithm.c” that has been proven to work well and we have a new project coming up. How should we go about creating the new project? Do we just copy the working project and start making changes? The problem isn’t the act of copying and modifying the code. The problem is trying to maintain all of the copies over time. 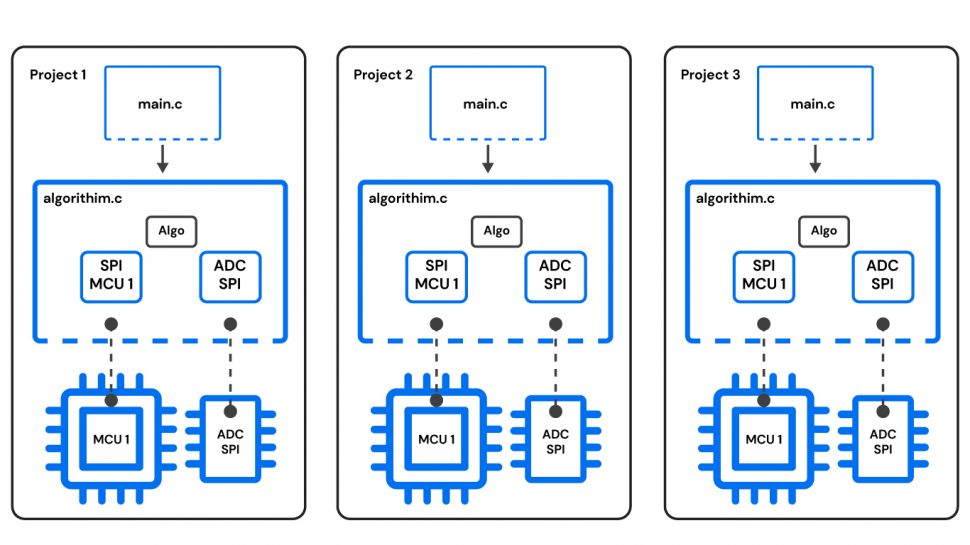 Let’s assume that we have algorithm.c that is copied and pasted into 3 projects. Although at the moment of developing the project, each application was working as intended, we may notice the following drawbacks: 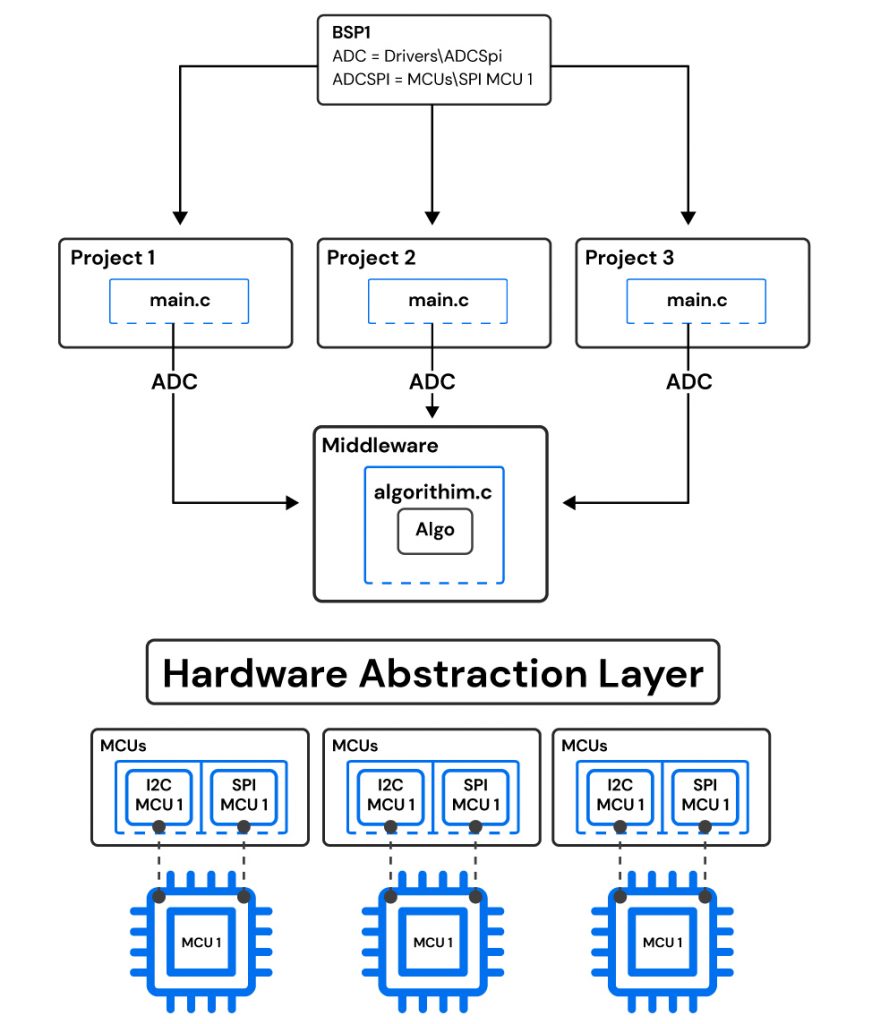 This will give us the following advantages:

Have you checked our Demos and Tutorials using Zerynth OS?

If you have questions, drop them at our community forum.

About the Author: Karim Hamdy

Karim is a Software Engineer, that graduated with a degree in Electronics Design and Digital Communication Systems, with interests ranging from autonomous robots to baremetal programming. He now spends most of his time coding and eating pasta.