Electronica 2018 highlights – DesignSpark Zerynth Studio is the middleware for IoT

Ever since we entered into a partnership with RS Components, and Zerynth Studio became available on the DesignSpark community, it’s been getting more and more attention online. Everyone started talking about what Zerynth tools have to offer.

The video we’re about to share with you summarizes this rising popularity.

RS Components have shared a video about the Electronica Fair 2018 on their YouTube channel. It features all the newest achievements of their team, and of course, DesignSpark Zerynth Studio.

In his interview from the fair, Luigi F. Cerfeda, our head of Marketing, talks about Zerynth Studio advantages for a modern developer:

“We like to call Zerynth the middleware for IoT – because you can choose the hardware you prefer, the Cloud you prefer, and with very simple Python, very simple code, you can connect both worlds.”

Did you visit our booth at Electronica? If you didn’t, don’t worry, you can meet us on January 31st and February 1st in Amsterdam, for The Things Conference 2019.

While we were hosted at the RS Components booth, at Electronica fair, we showcased the possibilities of DesignSpark Zerynth Studio and showed everyone how to successfully combine Blockchain and Python.

More precisely, how to use Python on microcontrollers for Blockchain and IoT applications. 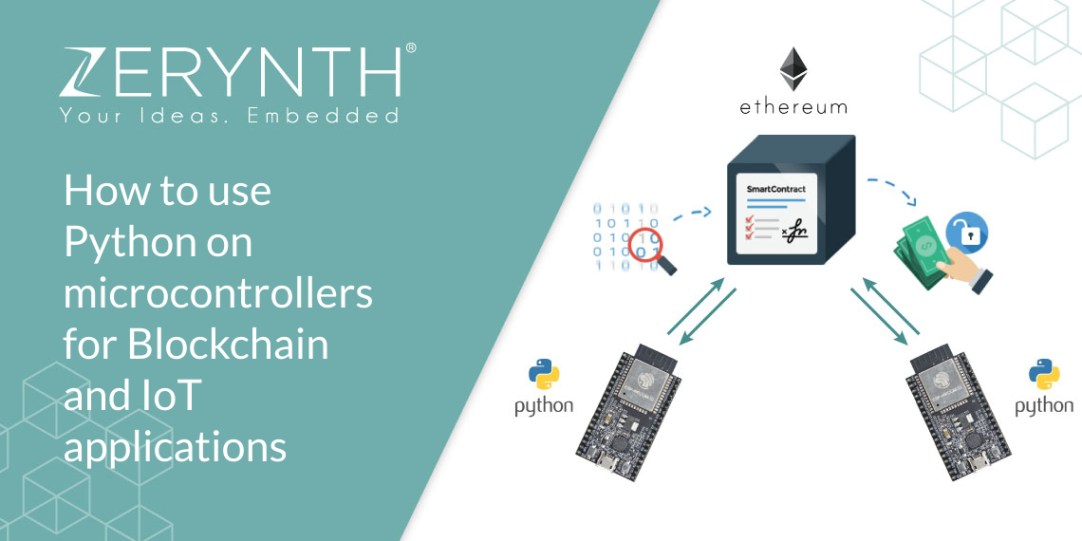 You can read the full Zerynth Academy post here, and learn how to do it yourself.

You’re probably wondering what else our team showcased at the RS Components booth. First of all, it was the first time we showed a demo with the Python programmable Riverdi displays.

Take a look at our #Blockchain demo running on the new IoT @riverdidisplays. It's clear that we are having an awesome day at the @RSComponents booth at @electronicaFair in Munich.

We used these awesome displays for the Blockchain demo we mentioned above. Afterward, we moved on to show a demo of TOI’s 4ZeroPlatform, a Python programmable solution for industrial IoT applications.

The Zerynth-powered 4ZeroPlatform in action at the @RSComponents booth at @electronicaFair in Munich. Come by Hall C5, booth 147 and we'll show you how it works with the @DesignSparkRS Zerynth Studio.

Lastly, we showed a popular demo of ours, called “From sensor to the Cloud in 15 lines of Python“. It was a simple tutorial on how to send sensor data to the Cloud in a secure and efficient way with Zerynth Studio and XinaBox modular xChips.

Come by the @RSComponents booth at @electronicaFair and the Zerynth team will explain this and lots more.

We hope you’ll try some of these tutorials yourself. So, happy codding and happy New Year everyone!