Do you want to learn how to build IoT and Industry 4.0 applications using Python on microcontrollers? We’ll show you everything, step-by-step. Join us for a two-session workshop, on September 2nd, in the UK at the Wuthering Bytes 2019.

Wuthering Bytes is a festival that takes place every summer in a small town called Hebden Bridge, in West Yorkshire. Over the years they did pretty fantastic stuff, like firing a rocket engine in 2014, accompanied by a huge cloud of smoke over town. They also sent balloons into space and built robotic arms. So, we highly recommend that you visit it this year.

The Zerynth workshop is supported by RS Components and DesignSpark.

Each participant will also get a free IoT development kit –  a PSOC 6 based kit (worth around £120).

There will be plenty of codding and prototyping with the Zerynth team. You can be sure that you’ll learn a ton of new stuff.

Among other things, you’ll learn how to:

Wuthering Bytes completed really impressive projects since they started in 2013. And honestly, it’s hard not to like a festival with such a great Brontë-pun name. You can check out how it looked like during the previous years in the images below: 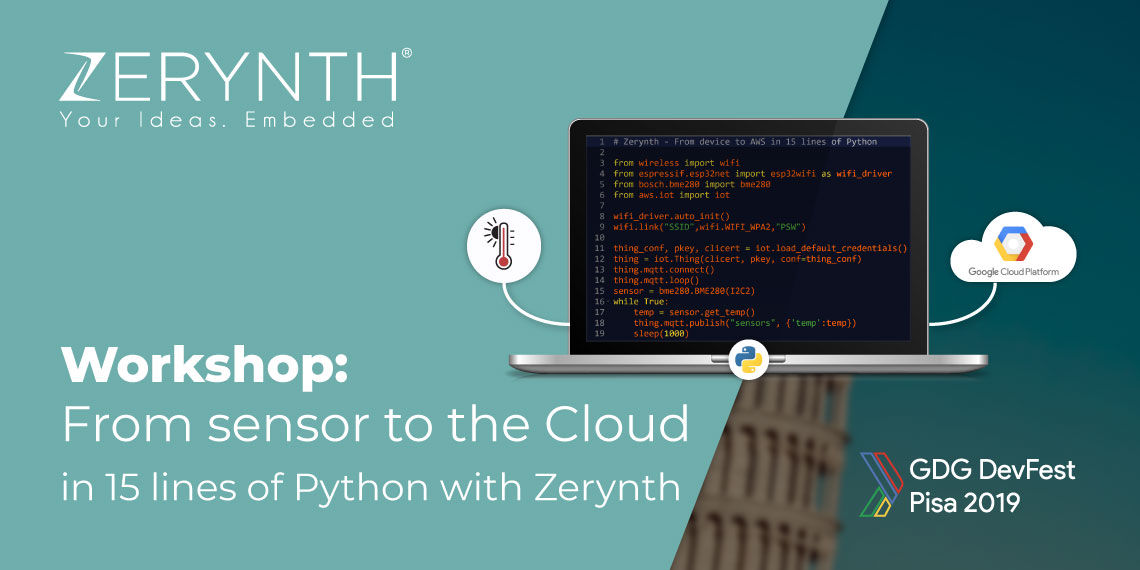 If you want to acquire some knowledge before the workshop starts, and see what you can do with Zerynth, you can check out our “Sending data to the Cloud in 15 lines of Python” tutorial.

After all, IoT is all about moving data to the Cloud, and then back to the devices. You might as well learn how to do it quickly and easily with Zerynth Studio and Python.

You can practice your Python skills before the workshop starts in September and download Zerynth Studio. It’s free to download and available for Windows, Linux, and Mac OS.