Industry 4.0 – the future lies in the integration between IT and OT networks

Industry 4.0 – the future lies in the integration between IT and OT networks

The 4.0 companies will integrate the two technologies by creating multilevel networks in which each layer is managed with the most appropriate one. It is necessary to rethink the entire network structure of the company, to make it evolve towards a hybrid and more scalable architecture.

The Internet of Things is one of the enabling technologies of the Industry 4.0 paradigm. It has been talked about for some time, and we have continued to talk about it so much that it almost seems that companies are already using IoT in their business. In fact, the data says otherwise.

Industrial IoT projects around the world

According to the report “Microsoft IoT Signals research report on the state of IoT adoption”, published in July 2019, 32% of the managers interviewed said they had abandoned POC (Proof of Concept) on industrial IoT because they had too many scale-up costs. 28% because they had not identified a clear ROI (Return of Investment). And 26% because they found it difficult to justify the investment without a clear short-term return.

In light of these data, it almost seems that connecting industrial machines to the network is a very complicated, expensive, risky process and therefore to be left to innovation rather than production. In short, it seems that the Industrial IoT is one of those “disruptive” technologies that are talked about more in sector magazines than in real companies.

In reality, a large number of industrial machines are already connected to the network and already exchange data, recipes, programs, and parameters with management software and production control systems. We have been connecting network cables to industrial machines since the 1980s, we know how to do it very well and we call it M2M (Machine to Machine) communication.

Thanks to M2M we have built robotic factories, automated warehouses, AGVs (Automated Guided Vehicles) for goods handling, and much more. We have also pushed the “lean” processes even further, giving life to modern industry, the one we know very well, that we call 3.0 as if it were now an old thing, destined to die, replaced by the newborn 4.0. 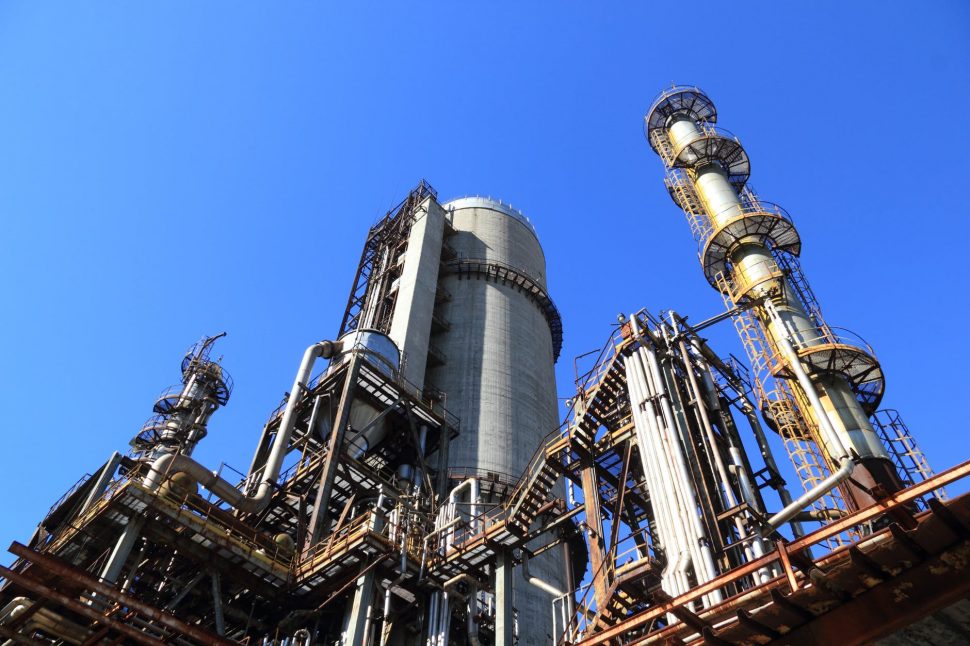 The Industry 4.0 paradigm will change everything

The fourth revolution is definitely disruptive. It will change everything. However, paradigm 4.0 has been overly depicted as disruptive and discontinuous compared to the past. This highly driven narrative led many to believe that continuity with the past was not possible. In short, that linear progress from 3.0 to 4.0 was not possible.

The only way to move from the third to the fourth industrial revolution is through a gradual change. More precisely, an integration between the technologies of the past and those of the future. Therefore, a migration of the company towards a more streamlined and fluid paradigm. The 4.0 company will be more similar to the world of digital, software, the Internet, than to the physical world of factories and metal.

Thinking of Industry 4.0 as mutually exclusive compared to 3.0 is wrong and misleading.

M2M industrial networks were created to manage the “control” of equipment. They are therefore designed to have low latencies, guaranteed packet reception, and reliable behavior. The reason for this structure is intrinsic in the function to which M2M networks must perform: controlling a machine means acting on the physical world through digital signals. If something goes wrong, you can’t click on the undo button!

This type of network is known in the industrial world as OT. In OT, digital acts only as a means of fast and immaterial transfer of physical information.

A numerically controlled lathe will send the rotation speed of its spindle to the network because it physically has a spindle. A lathe will never send the estimated running hours for the following month to the OT network.

In the OT, only what exists is digitized and it is done in a linear way, so as to allow an immediate association between the digital variable and its physical correspondent. The PLCs (Programmable Logic Controllers) used for the control of industrial machines, map, through dedicated hardware components, the signals acquired by the sensors in variables written in the database. PLCs are digitizers of physical reality.

The PLC programmer simply writes a control algorithm that at each step, after reading the physical signals from the sensors, changes the state of the actuators and therefore the physical world in which the machine operates.

The program of a PLC links inputs and outputs through a model which is given by the physical nature of the machine and which could also be replicated, thanks to complex analog electrical circuits. Many industrial machines could, in fact, be controlled, as was done in the 70-80s, with only discrete and analog electronic cables and components.

In short, the PLC is a digitizer of physical control models.

IT (Information Technology): Internet and Industrial Internet of Things 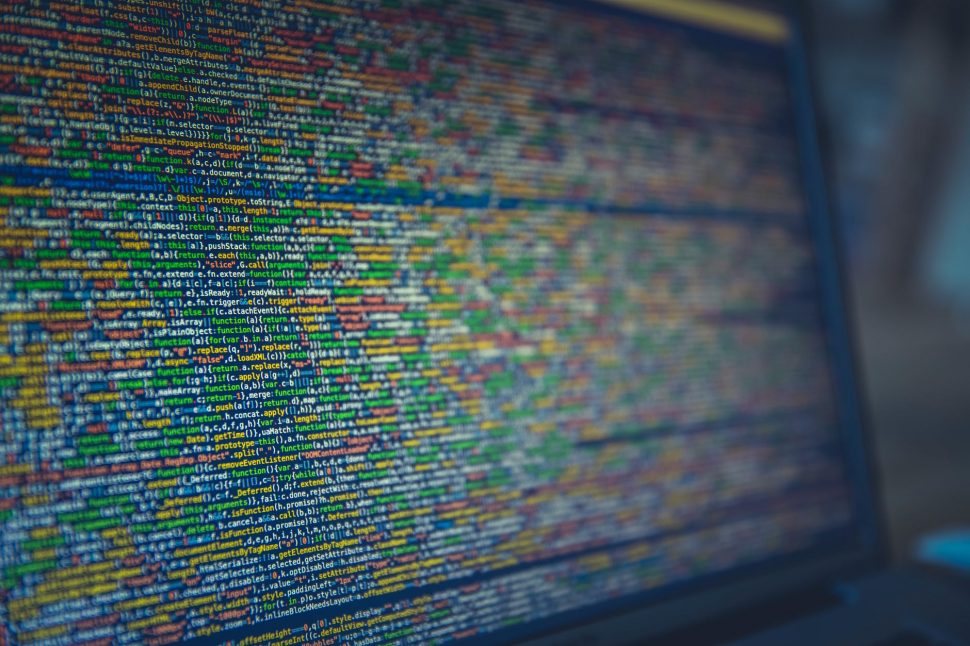 The IT network is very different from the OT one. In the world of the Internet, most data don’t have a physical correspondent. The variables represent ideas present in the mind of the programmers who are then given meaning thanks to the creation of a conceptual model also defined by the programmer.

The conceptual model is an extremely simplified description of a system. For example, files organized in folders on our computers are only an illusion that programmers have decided to give users to represent digital information in a similar way to how a paper archive or library is organized. They did it to allow us to use a very complex technology in a simple and intuitive way.

In reality, on our hard drives, there are neither folders nor files but billions of bits scattered in memory locations. The files are not written to hard disks contiguously. They are written where the operating system finds free space. It is for this reason that in order to speed up our systems, we sometimes need to defragment the disk. It is not possible to defragment a library or paper archive.

This dichotomy between the presence of a physical model or a conceptual model leads to what in the computer community is known as the “symbol grounding problem”. In OT, data always represents a physical reality, in IT the opposite is often true. This difference of views and models is at the origin of the difficult coexistence between OT and IT.

In OT networks the symbols present in the programs (variables) have a clear and direct physical representation because they are linked to physical sensors actually present in the industrial machine. In the IT world, there is no correspondence between program variables and physical reality. The variables represent only support elements for data management which have meaning only in the programmer’s mind and only serve to implement the algorithm in the form in which the programmer thought it.

Each programmer can write different software to implement the same algorithm and different algorithms may exist to model the same phenomenon or manage the same process.

Will IT technology replace OT in Industry 4.0?

IT technology is not suitable for industrial control. It was not designed for this and there is no need to make efforts to adapt it. For example, it is not possible to control an industrial cutter, because operators work through a software model completely disconnected from physical reality. It becomes complex to guarantee operator safety and have guarantees on the behavior of the equipment. A cutter must have a security system that is managed by hardware from the machine control and is therefore immune to programming errors and hacking.

Let’s think for a moment about a blender. The only way to ensure operator safety is to make it impossible to start the engine if the cap is not inserted. There is only one safe and guaranteed way to do this: insert a switch that disconnects the motor if the cover is not inserted. The physical presence of the cover, therefore, disrupts the state of the circuit breaker by interrupting the connection with the motor, there is no algorithm to invent. Any other software solution can never guarantee the same level of security.

In the OT it is possible to create safety systems of this type directly inside the “hardware” PLCs. In IT this is not possible and there is no need for it to become so.

Industry 4.0 is done with the integration between IT and OT 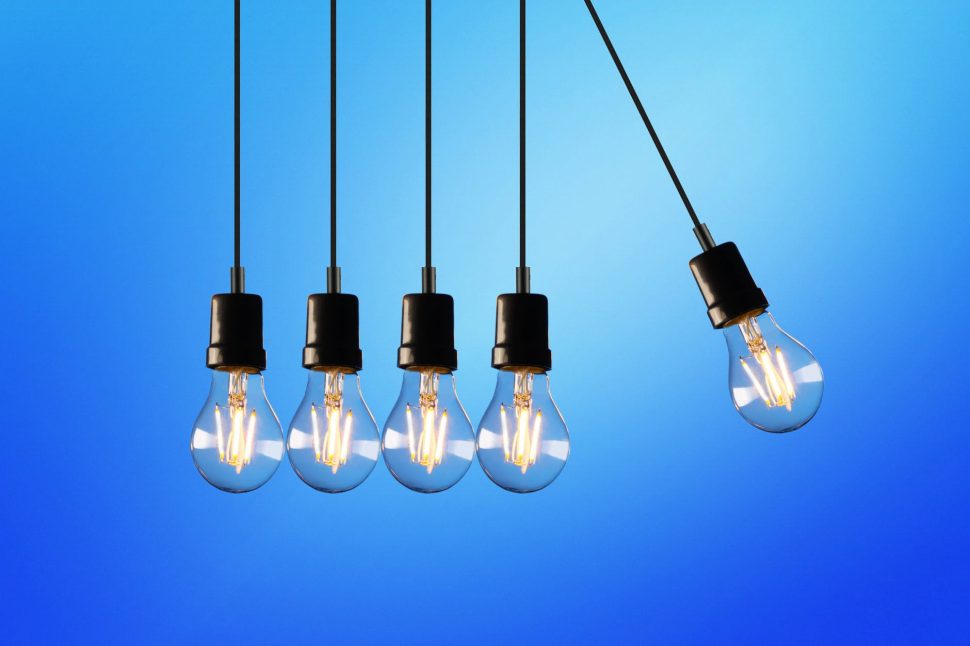 Industry 4.0 companies will integrate IT technology with OT technology, creating multilevel networks where each layer is managed with the most appropriate technology. In this scenario, IT technology will be used above all to standardize communication between the levels and between the various OT networks, having different structures and protocols.

The integration of IT technologies, such as the Internet of Things, in the industrial world, is not a purely technological process. The fact that today there is a lot of consumer-grade IT technology, ready for use, does not make the evolution process of industrial networks towards a hybrid model automatic.

We cannot modernize companies simply by bringing in gadgets that we have at home. In order for this evolutionary process to take place, it is necessary to start processes aimed at rethinking the entire network structure of the company, so that it can evolve towards a hybrid architecture and therefore more scalable, more performing but at the same time safe and reliable.

Industrial IoT gateways serve this purpose. They are interface nodes between OT and IT. An IoT gateway speaks, on the one hand, the language of the OT and translates these continuous and physical-related signals into signals suitable for IT, and therefore linked to the conceptual model with which the factory is being abstracted and then sends them to the IT network. The industrial internet of things will, therefore, bring the potential of the IT world into the industry, ferrying the company beyond the physical paradigm and thus introducing the famous “digital twin”.

For this to happen, however, you need to plan with attention and foresight, but above all, you need to study a lot.

In order to provide you the best experience, we use cookies to analyze usage data and personalize your experience.
For more information regarding the collection and use of your information, and the use of cookies on Zerynth websites, please refer to our privacy policy. ACCEPT AND PROCEED