Python for ESP8266 in just a few clicks using Zerynth

We are happy to announce the Zerynth support for two additional boards based on ESP8266, a successful and widely adopted microcontroller for IoT and embedded applications.

Searching for “ESP8266” in the Zerynth Supported Devices page, you now get this boards list (and more are coming in the next months):

Wemos D1 Mini is a mini Wi-Fi device based on the ESP8266EX chip. This device is a very compact solution for prototyping small smart objects linked to the World Wide Web thanks to the Espressif ESP8266 Wi-Fi functionalities. More info here.

Wireless Tag WT8266-DK V2 provides specialized UART_WiFi functional test board to facilitate the customers to test the Wi-Fi module. Thanks to WT8266-DK V2, the user can simulate serial devices to access WiFi network and realize data transmission, but also can simulate WT8266-DK V2 works as the main control chip to access data of other devices and control. More info here.

NodeMCU is an open source IoT platform based on the ESP-12 module. The device features 4MB of flash memory, 80MHz of system clock, around 50k of usable RAM and an on chip Wifi Transceiver. More info here.

Why programming ESP8266 boards in Python with Zerynth

First of all, simplicity! Unlike other Python implementations for microcontrollers, with Zerynth there’s no need to copy/paste creepy scripts from here and there in the web. No need to drag-and-drop any file in any folder or via FTP. No need to install Python on your PC and no need to install Putty or special drivers. Thanks to Zerynth, you can make your board programmable in Python with just a few clicks!

As you can see in this tutorial on how to program a NodeMCU board using Zerynth, you have just to:

That’s it. Following these very simple steps, you can program your ESP8266 in Python instead of having to use complex low-level languages like C or C++. This is an excellent choice for beginners who are new to programming and hardware.

… and powerful for experts

This kind of “hybrid” programming is extremely powerful in scenarios where the project needs low-level code for time critical tasks, while keeping Python flexibility and readability for non-time critical sections.

Find out more about the Zerynth-C language interface in the official doc. 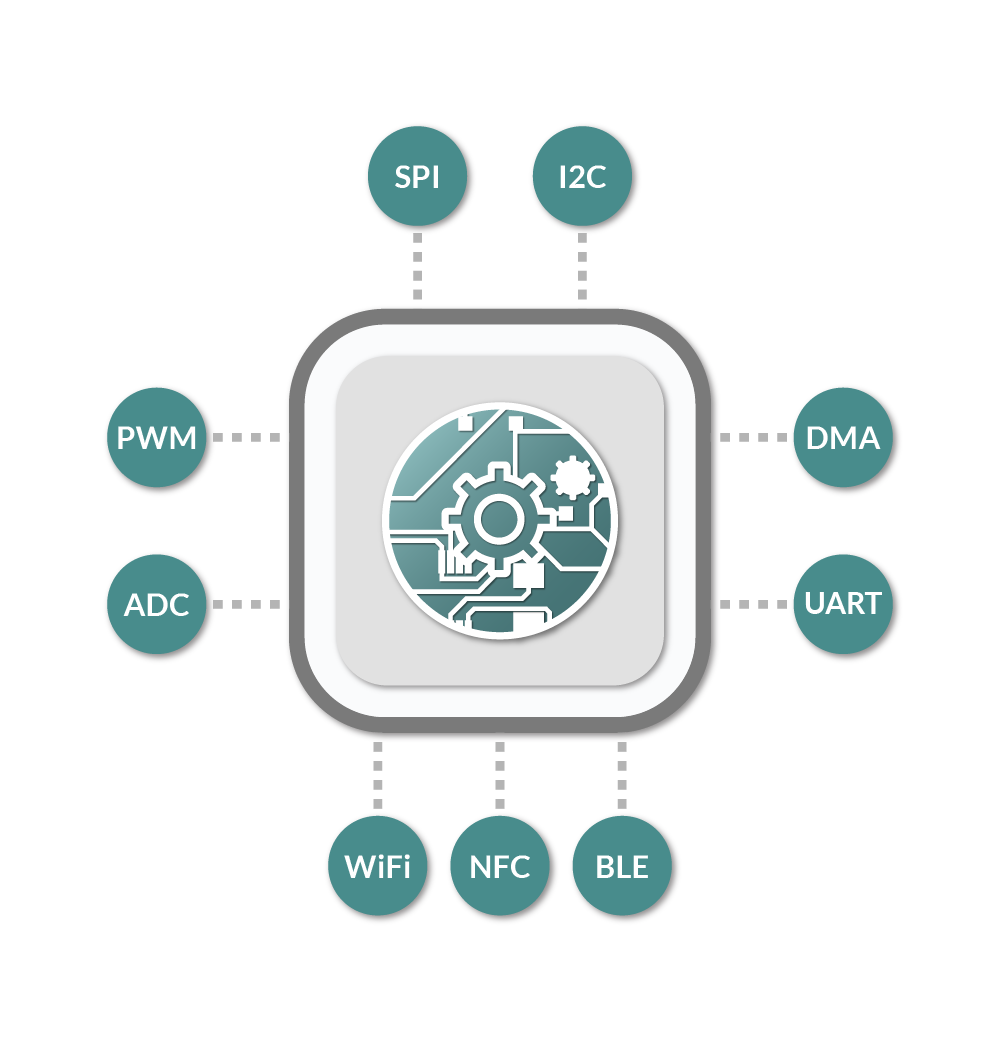 The hardware independence is critical for many:

What you can do with Zerynth and ESP8266

Unlike other IoT development platforms, Zerynth provides a complete “ecosystem” of tools that allow you to go from the firmware development to the cloud connection. Take a look here how to get started.

In addition, Zerynth provides an extensive collection of libraries, organized into 3 categories:

The Zerynth Academy website section provides a list of tutorials that guide you to develop embedded and IoT solutions in Python with the Zerynth Stack. You can also find a list of useful examples at this link or directly on the left panel of Zerynth Studio.

We are proud to make the Internet of Things technologies more accessible for commercial applications to not embedded engineers and small-medium enterprises wanting to provide a digital soul in their solutions.

Driven by the feedback of our community, we’re working hard to make Zerynth the best development platform for IoT and embedded applications. Zerynth Studio PRO is almost ready and will be available from June 28, 2017, with industrial-grade features like:

You still have few days to pre-order Zerynth Studio PRO with 50% discount for life!

UPDATE: One Zerynth Studio for everyone

Since of February 26, 2018, the distinction between the standard and professional version of Zerynth Studio has been removed. You can download and use one development environment that is free and available to everyone.