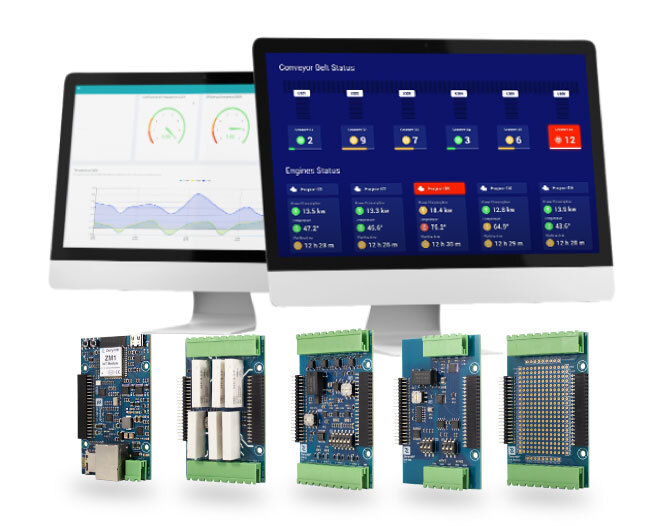 The Zerynth IoT Platform is a full set of hardware-software tools designed by IoT experts to enable an easy transition from the prototyping phase to mass production in a flexible, scalable, and efficient way.

Zerynth hardware is powerful, power-efficient, and secure, with development boards and expansion boards that add unique functionalities to your application, and a powerful IoT module that can be integrated easily into your end-product.

Zerynth OS is an operating system designed to simplify the development process. It features a Python/C Development environment and seamless integration with other hardware vendors.

Zerynth continuously supports and adds new features and functionalities, at the moment, Zerynth V3.0.6 does not support the Servo module. All of the following information is based on Zerynth SDK V2.x.x which is discontinued and is maintained only for bug fixes.

We recommend migrating to Zerynth SDK V3. For more information please refer to our documentation.

In a recent article, we’ve seen how to control an Adafruit NeoPixel ring via mobile using Python and JQWidgets.

Let’s do something similar but using another very popular “actuator”: a Servo Motor, which is a rotary actuator used for precise control of angular position.

We’ll use Zerynth Studio to program the microcontroller-based board in Python and Zerynth App to run the JQWidget-based graphical user interface.

Last but not least, you need:

Just put the WiFi 4 Click on the slot “A” of the Flip&Click and connect the Servo as follows:

Once you have installed Zerynth Studio and created a Zerynth user, you have to register and virtualize the board. Take a look at the Zerynth official documentation for the Particle Photon for a quick getting started.

Now you can start to program your board in Python!

Create a new project and edit the main.py file as follows:

Of course, you have to edit the SSID name and the PASSWORD of the wifi network you want to connect the board.

As you can see comparing the script of the project mentioned above, the logic is the same and the code is very similar. Just a few differences:

The rest of the code remains pretty much the same. Easy, huh? Say thanks to our Zerynth Virtual Machine and its hardware abstraction layer features.

Just another step and you’re done!

In this case, we’ve used the “jqxKnob” element of the JQWidgets collection. The main part of this code is

The Z.call function is the channel from Javascript to Python. Every time you move the knob, the Z.call function sends the value to the device and it is used as an argument of the corresponding Python function.

At this point, you can uplink the project to your device.

Finally, as you can read in this very brief tutorial, you just have to open the Zerynth App, log-in and select the specific device to see your GUI. 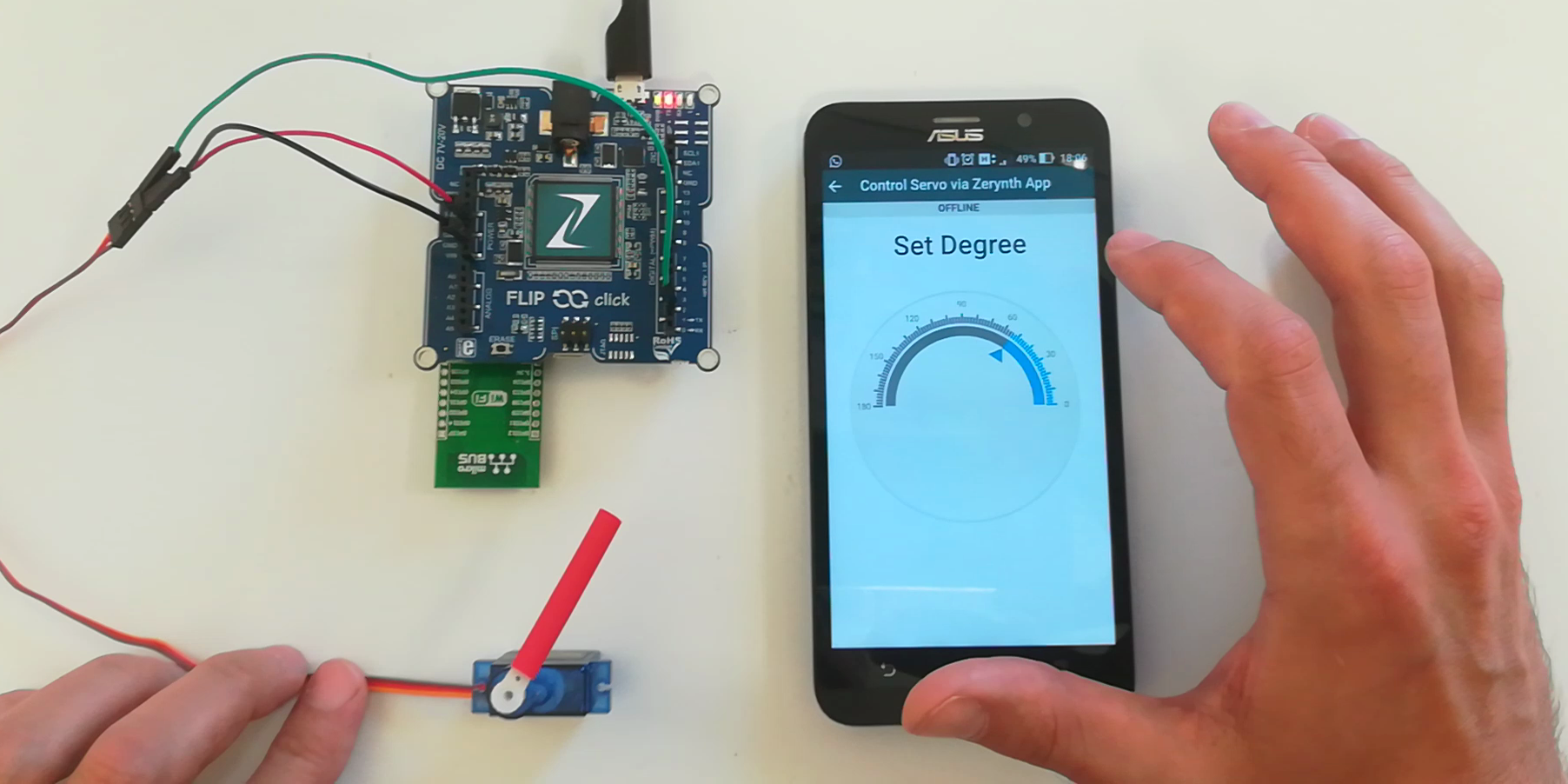 Once you’ve built your smart project, you wouldn’t want to disassemble everything to upgrade the firmware.

To meet this specification, Zerynth has included the “Firmware Over-the-Air” feature within the Zerynth Studio PRO version, which also includes industrial-grade features like: