NOTE: The launch was rescheduled due to launch pad sensor issues, for Thursday, May 21st.

The Quest for Space Program was launched to the ISS on 7 February 2020, onboard a Northrop Grumman NG-13 Launch Vehicle on a resupply mission from NASA’s Wallops Flight Facility in Wallops Island, Virginia.

Now, you’re probably wondering what XinaBox xChips are out there on the Space Station. The answer is the XK92 – Quest for Space ISS Mission kit.

Furthermore, all the data collected by the kit will be stored on SD cards and studied once the experiment returns to Earth in a couple of weeks. 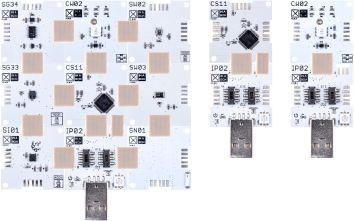 Get started with Zerynth and XinaBox

Also, have you ever worked with XinaBox and Zerynth? If you haven’t we have a tutorial that can get you started. It teaches you how to set everything up and then blink an LED on the CW02.

In case you didn’t already know, the CW02 has a Zerynth license onboard. So, you can program it right out of the box. All you need to do to activate the lisense is enter the voucher code.

Of course, if you’re looking for more challenging projects, we have a list of Zerynth and XinaBox tutorials for you:

If you would like to program these XinaBox boards (or other Zerynth-supported boards) in Python, download Zerynth Studio.

It’s free for download and available for Windows, Linux, and Mac OS.