Zerynth r2.4.1 is now avaiable with bugfixes, one new library and improvements

We’re glad to announce that Zerynth version r2.4.1 is out with bug fixes and improvements.

Take a look at a detailed list of changes we have made:

The following libraries have been updated during the r2.4.1 update: 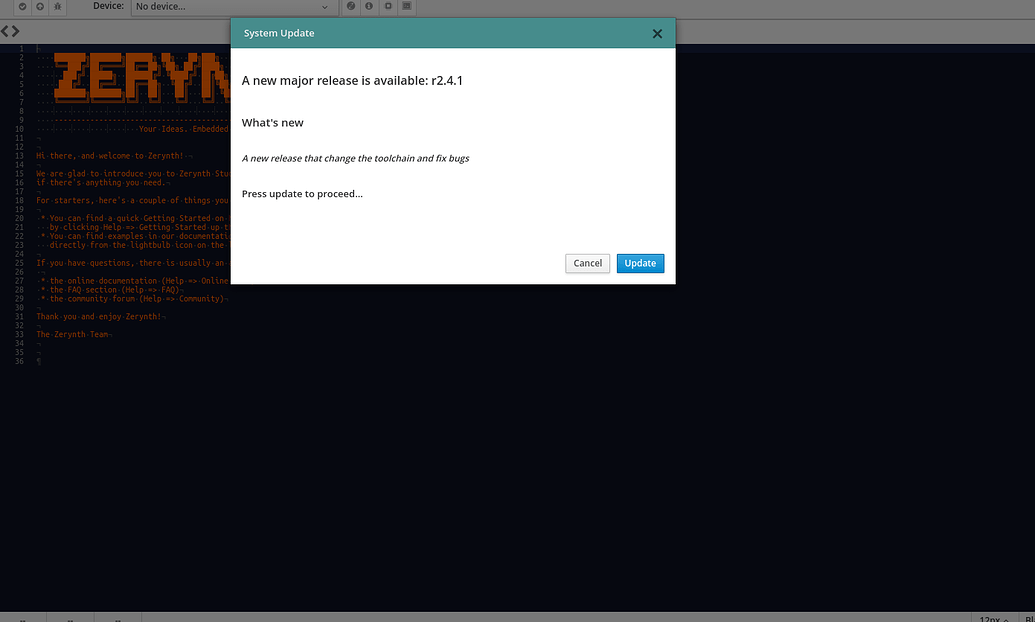 Now you need to update all the packages to the version r2.4.1. To do this you have just to:

If you want to start programming 32-bit microcontrollers in Python and C/Python, download Zerynth Studio. It’s free to downlaod and available for Windows, Linux, and Mac OS.